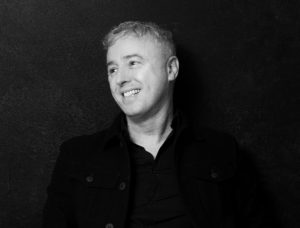 We are delighted to announce that ROBIN CAMPILLO, the Cannes Grand Prix-winning director of 120 BPM (Beats Per Minute), will attend the IFI French Film Festival screening of the film on MONDAY, NOVEMBER 20th, where he will also participate in a post-screening Q&A moderated by GCN’s Brian Finnegan.

Set in the 1990s at the height of France’s AIDS epidemic, Campillo’s film follows the grassroots Act Up campaign of agitation against a pharmaceutical company that refuses to reveal its findings on potentially effective new drugs. Against this backdrop the HIV-positive Sean, one of the group’s founders, begins a tentative romance with gentle newcomer Nathan, who has tested negative for the virus.

120 BPM (Beats Per Minute) is by turns a beautifully observed love story and a fiercely engaged political work that simmers with a quiet anger.

You can buy tickets for this very special event HERE.