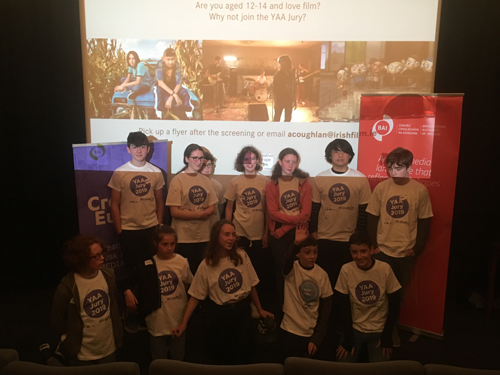 After a thrilling day feasting on European cinema, Young Audience Award on Sunday May 9th was won by Flight Girl (Vechtmeisje)

The YAA is the Young Audience Award, presented to the best European film for young people each year, as chosen by youth juries from all over Europe. At the YAA event on Sunday May 5th 2019, panels of young people (aged 12-14) from across Europe met in their local venues, watch and discuss films, and vote on their favourite.

We are also proud to announce that one of our YAA panelists, Ben de Barra, has received a grant from Creative Ireland to make a film and will be shooting later this month.