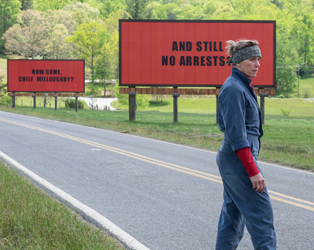 THIS COMPETITION IS NOW CLOSED.

Fresh from winning four Golden Globe awards at the weekend, including Best Drama and Best Female Performance for Frances McDormand, Three Billboards Outside Ebbing, Missouri is opening at the IFI on Friday January 12th. And we’ve got prizes to celebrate!

Grieving mother Mildred (McDormand), frustrated at the lack of progress in finding her daughter’s killer, erects three billboards challenging the local police department, led by Chief Willoughby (Harrelson), to do their jobs. A biting and poignant study of grief, the supporting cast includes Peter Dinklage and the great Sam Rockwell.

To celebrate the release of Three Billboards Outside Ebbing, Missouri from January 12th, we’ve got some great prizes to give away, including a copy of the screenplay for the film and a baseball cap. 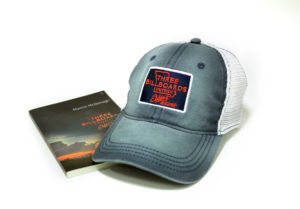 For your chance to win, just fill in the form below.

Q. Who plays the lead in Three Billboards Outside Ebbing, Missouri?

THIS COMPETITION IS NOW CLOSED.

Terms and conditions apply. The competition closes on the 17th of January 2018 and the winners will be notified by email.