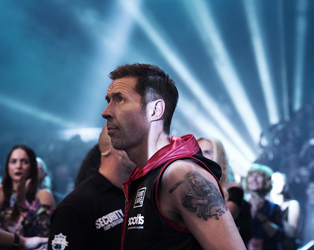 Win Prizes for Journeyman Including a Poster Signed by Paddy Considine

Journeyman opens at the Irish Film Institute on Friday March 30th and we’ve got a competition to celebrate.

The film is written and directed by Paddy Considine, the followup to his acclaimed directorial debut, 2011’s Tyrannosaur. In Journeyman, Considine plays middleweight boxing champion Matty Burton who goes into the ring for one last fight before his retirement, but the real battle will begin after the bout is over.

To celebrate the release of Journeyman, we’re giving you the chance to win a great prize pack including copies of Tyrannosaur, Legend and Macbeth as well as a Journeyman poster signed by Paddy Considine. 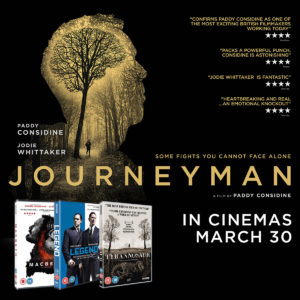 To enter, simply fill in the form below with your answer and details. Terms and conditions apply, this competition is only open to residents of the Republic of Ireland and closes on the 5th of April 2018.