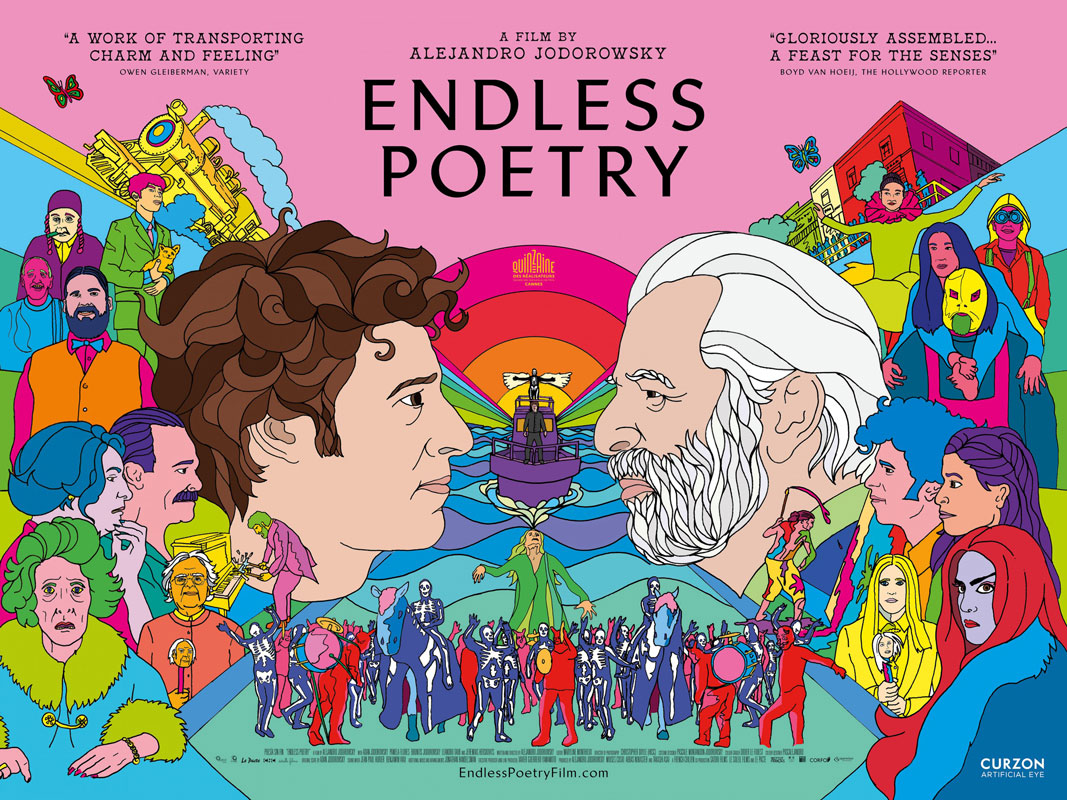 Chilean filmmaker Alejandro Jodorowsky has been marveling our minds since the late 1960s, going on to helm El Topo, The Holy Mountain and Santa Sangre.

His latest feature is Endless Poetry which recently released at the IFI. It’s another autobiographical film, where Jodorowsky narrates his early years in Chile as he tries to escape from the bonds of his family. A tribute to Chile’s artistic heritage, Endless Poetry is also an ode to the quest for beauty and inner truth, as a universal force capable of changing one’s life forever, written by a man who has dedicated his life and career to creating spiritual and artistic awareness across the globe.

Naturally it’s also an visual masterpiece, and that’s reflected in the film’s stunning poster artwork. And you can win one of your very own on our site.

What sci-fi novel did Jodorowsky try to adapt for the screen in the 1970s?

This competition closes on the 30th of January 2017.