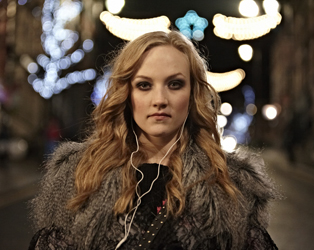 Set in Derry on New Year’s Eve, and drawing focus on a cast of predominantly young actors, this Romeo & Juliet-type tale, not unlike the Baz Luhrmann production in terms of energy and visual style, is smart, sprightly, and adeptly constructed. Effectively conveying the carnival feel of the night in question and making atmospheric use of its particular sense of momentum, Jump quickly establishes the relationship at its core between Greta (Nichola Burley) and Pearse (Martin McCann), who meet by chance on a bridge while the rest of the city is wrapped up in revelry.

WIN one of three pairs of tickets to our Gala Screening of Jump on Friday, April 26th (18.30), followed by a Q&A with director Kieron J. Walsh and cast member Charlene McKenna, hosted by film critic and writer Roe McDermott. This Gala Screening will be followed by a wine reception.

Competition closes at 17.00 on Thursday, April 25th 2013. The winners will be contacted by email on the same day.  (See IFI Terms and Conditions regarding prizes and competitions.)

Spotlight: New Irish Film at the IFI is a new annual month-long celebration of Ireland’s film industry by the IFI in partnership with the Irish Film Board/Bord Scannán na hÉireann. Download the full programme.