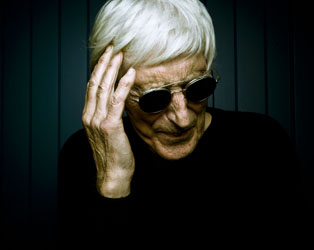 This prize is for adults only!

Tomi Ungerer’s distinctive animation has addressed many political and societal issues with his subversive illustrations, while his vivid works of erotica indicate a wild imagination that refuses to be contained. Far Out Isn’t Far Enough: The Tomi Ungerer Story depicts this fascinating French artist’s lifelong career of testing boundaries while allowing his wanderlust to take him to New York, Nova Scotia and West Cork, where he currently resides.

Brad Bernstein’s documentary portrait celebrates his work with charming animated sequences (Ungerer is also a celebrated children’s author whose book Moon Man has been adapted into an animated film and opens at the IFI on December 27th) and there are contributions from supporters and contemporaries. It’s the interviews with Ungerer himself that make it compelling. White-haired, chain-smoking, passionate and eloquent, Ungerer’s genius is evident.

Far Out Isn’t Far Enough: The Tomi Ungerer Story opens at the IFI on December 13th and we are delighted that Tomi and Brad will both be in attendance at the 18.30 screening and will take part in a Q&A afterwards.

To celebrate the release of Far Out Isn’t Far Enough: The Tomi Ungerer Story, we have an adult themed and evocative vintage poster of Tomi’s work to give away. Simply answer the question below before midday on Friday December 13th.

Q. What children’s film originally written as a book by Tomi will screen in the IFI this month?

Competition closes at midday on Friday, December 13th 2013. The winner will be contacted by email shortly after. (See IFI Terms and Conditions regarding prizes and competitions.)