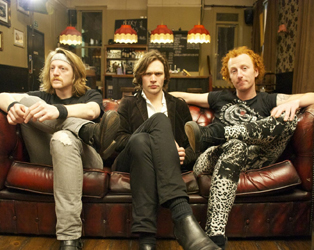 Win a pair of tickets to Discoverdale!

Proving itself a huge favourite on the international film festival circuit and acknowledged as the Best International Feature screening at the Galway Film Fleadh this year, Discoverdale is a fascinating, daring and very funny hybrid of documentary and fiction that follows cult band Dead Cat Bounce on a trek across Europe to unite lead singer Jim with his long-lost father, who he believes is the legendary rock singer and Whitesnake frontman David Coverdale.

Dead Cat Bounce are in town for a gig at Vicar Street on September 20th, and we are delighted that the band and filmmakers will be in attendance at this screening.

To celebrate the release of Discoverdale, we have three pairs of tickets to give away for our screening on September 21st at 8.30pm. To be in with a chance of winning a pair, simply answer the question below before midday on Tuesday September 17th, and the winners will be announced shortly after.

Q. What genre of music are Whitesnake known for?

Competition closes at midday Tuesday, September 17th 2013. The winners will be contacted by email shortly after. (See IFI Terms and Conditions regarding prizes and competitions.)