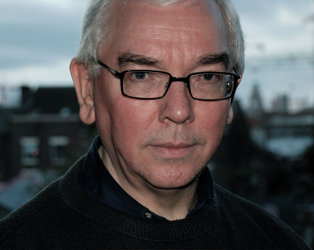 As part of the Darklight Festival which takes place from August 23rd to 26th in venues across Dublin, the IFI in partnership with Darklight is delighted to welcome Terence Davies to present a selection of his work.

Davies began his career as part of a generation of British Film Institute-sponsored nascent directors that included Peter Greenaway and Sally Potter; however, while his contemporaries have largely lapsed into self-indulgence, Davies is regularly fêted as Britain’s greatest living filmmaker.

He first established himself with three celebrated shorts, known collectively as The Terence Davies Trilogy (1984), followed by his debut feature, Distant Voices, Still Lives (1988), and The Long Day Closes (1992). At this stage of his career, Davies’ work was highly autobiographical, focusing on his childhood in Liverpool, and drew acclaim for its meticulous attention to detail as well as its sensitive yet often harrowing portrayal of emotional hardship and endurance. Literary adaptations followed, with John Kennedy Toole’s The Neon Bible (1995), and Edith Wharton’s The House of Mirth (2000), Davies’ biggest commercial success to date. Returning to autobiography with Of Time and the City (2008), a documentary about his beloved Liverpool, Davies’ most recent film is an adaptation of Terence Rattigan’s The Deep Blue Sea (2011). He has created a body of work of great beauty, one to which we can only hope that he will continue to add.

Additional screenings will take place at The Factory, Grand Canal Dock as part of the Darklight Festival. For full details, please see the festival programme or www.darklight.ie