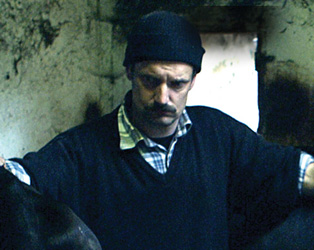 The evocatively named Pilgrim Hill – the feature debut from 24-year-old Gerard Barrett – imparts a compassionate view of withdrawn bachelor farmer Jimmy Walsh as he is confronted with a set of crises, all of which are beyond his control. Winning several awards since its premiere last year, this film is nothing short of a triumph for its young Kerry director.

Pilgrim Hill opens at the IFI on April 12th and we are delighted to welcome director Gerard Barrett for a Q&A following the 18.30 screening on April 12th as part of Spotlight: New Irish Film at the IFI, a new annual month-long celebration of Ireland’s film industry by the IFI in partnership with the Irish Film Board/Bord Scannán na hÉireann. Download the full programme.

WIN TICKETS TO THE SCREENING OF PILGRIM HILL ON FRIDAY, APRIL 12TH (18.30) FOLLOWED BY A Q&A WITH GERARD BARRETT!

Simply submit your name and email below before 11am on Thursday, April 11th and we’ll randomly pick 3 winners who will receive a pair of FREE tickets each to this event. Good luck!

Competition closes at 11am on Thursday, April 11th 2013. The winners will be contacted by email on the same day.  (See IFI Terms and Conditions regarding prizes and competitions.)