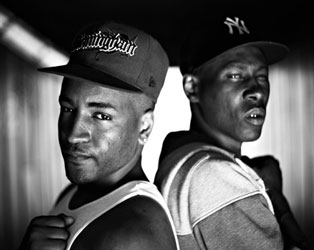 IFI Stranger Than Fiction: One Mile Away Competition

Screening as part of IFI Stranger Than Fiction, we’re delighted to offer 2 pairs of FREE tickets to One Mile Away on Friday, August 17th at 8.30pm! Plus, the screening will be attended by one of the film’s main protagonists, Simeon.

Penny Woolcock returns to the site of her 2009 fictional feature film, 1 Day, for this powerful documentary (and winner of the Michael Powell Award for Best British Feature at this year’s Edinburgh Film Festival) about feuding gangs in Birmingham.

Simply answer the question below and submit before 12 midday on Friday, August 17th. The 2 winners will be emailed before 2pm on August 17th. Good luck!

Who directed the film One Mile Away?