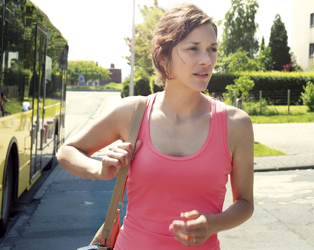 After suffering a breakdown that has seen her take time off from her job, Sandra has returned to work at a solar panel plant. Yet her employers have realised that they can be more profitable without her, and threaten to make her redundant. A married woman with young children, Sandra can’t afford to lose her job, and pleads to be kept on. Her boss offers her a glimmer of hope; if Sandra can persuade the majority of her 16 co-workers not to accept a bonus they’ve been promised, the company can afford to keep her on. She has a weekend to do this.

In the time since Rosetta won them international acclaim, the Dardenne brothers have excelled in producing pertinent, cogent social drama, and their work becomes more vital with each release.Two Days, One Night is their latest triumph, a timely, urgent film featuring a sensitive, nuanced performance from Marion Cotillard, who is superb as the working class woman enduring a desperate dilemma.

Tickets for this film are on sale now. BOOK HERE

Marion Cotillard won an Academy Award for Best Actress for which film?

Competition closes at midnight on Monday, August 25th, 2014. The winner will be contacted by email. (See IFI Terms and Conditions regarding prizes and competitions.)