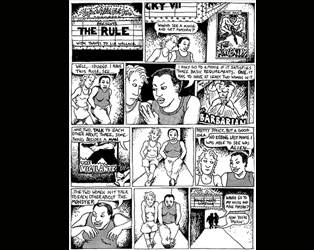 WIN A DVD BUNDLE WITH THE IFI FILM SHOP & THE ANTI ROOM!

Celebrating the Beyond the Bechdel Test season, running throughout July at the IFI, the IFI Film Shop have partnered up with The Anti Room (Dublin-based journalists and pod-casting feminists) to offer a specially chosen bundle of 3 DVDs from the IFI Film Shop collection for one lucky winner!

The bundle consists of Agnès Varda’s Cléo from 5 to 7, Andrea Arnold’s Fish Tank and Kelly Reichardt’s Wendy and Lucy.

Named after American cartoonist Alison Bechdel, who introduced the idea in her 1985 comic strip Dykes to Watch Out For, the Bechdel Test requires that a film include at least two female characters who talk to each other about something other than a man. This season presents a selection of films from a range of directors who have explored complex, nuanced ties between women that are not merely a feature of one scene, but an integral aspect of the films’ narratives.

The IFI Film Shop is your one-stop shop for unusual or hard-to-find DVDs with staff who are happy to help! Don’t forget to follow the IFI Film Shop on Twitter (@IFI_FilmShop) and The Anti Room (@antiroom). Sinead Gleeson from The Anti Room will hose a FREE panel discussion on women in contemporary cinema at the IFI on Saturday, July 26th. Check our weekly schedule to see what’s screening from this season.

To enter, simply answer the question below.

Which of these films fails to pass the Bechdel Test?

Competition closes at 2.00pm, Friday, July 18th, 2014. The winner will be contacted by email shortly after. (See IFI Terms and Conditions regarding prizes and competitions.)