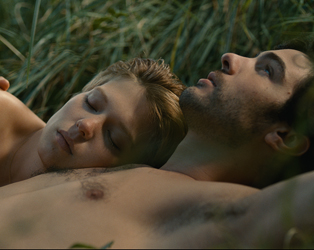 Celebrating the release of the film Grand Central directed by Rebecca Zlotowski, opening on Friday, July 18th at the IFI, we have two French DVD bundles from our friends at StudioCanal to give away to two lucky winners! Each bundle includes: A Prophet (starring Tahar Rahim) and Suzanne (starring Sarah Forrestier and Adele Haenel). An unskilled labourer desperate for cash, Gary Manda (Tahar Rahim, unforgettable in 2009’s A Prophet) signs up for perilous maintenance work at a nuclear power plant at the beginning of this slow-burning drama. While settling into the employees’ trailer park situated behind the smokestacks, Gary meets and quickly becomes infatuated with Karole (Blue is the Warmest Colour’s Léa Seydoux), a seductive co-worker who is engaged to Toni (Denis Ménochet), one of the close-knit community’s most valued members.

As Gary gets to grips with his hazardous new job, and its potentially drastic effects, he embarks on a relationship with Karole, but neither of them is careful enough to keep this concealed from the watchful eyes of those around them. Combining a threatening environment with illicit attraction to great effect, and benefitting from a brilliant pulsating score, director Rebecca Zlotowski evokes an unsettling and absorbing affair.

Tickets for this film are on sale now, BOOK HERE.

What is the name of Rebecca Zlotowski’s directional debut film?

Competition closes at 5 pm Wednesday, July 16th, 2014. The winners will be contacted by email shortly after. (See IFI Terms and Conditions regarding prizes and competitions.)