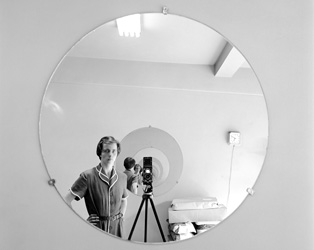 Celebrating the release of the documentary Finding Vivian Maier opening Friday, July 18th at the IFI, we have a film poster signed by the director, Charlie Siskel and a DVD of the documentary Looking for Light: Jane Brown (focusing on the life and career of distinguished photographer Jane Brown) from our friends at Soda Pictures to give away!

Vivian Maier was born in New York in 1926, and spent most of her youth in France. She returned to America to work as a nanny, and took photographs. Over the next five decades, Maier would accumulate over 100,000 negatives, most of them shot in Chicago and New York City. This massive body of work would only be revealed to the world when a box was bought at a thrift auction in Chicago in 2007, a discovery that would lead to Maier being celebrated as an artist who could stand comparisons to Berenice Abbott or Weegee, a significant chronicler of American life in the second half of the 20th century.

John Maloof and Charlie Siskel’s involving documentary questions why it was that Maier’s genius was not recognised sooner, piecing together a biography from fragments left behind. It’s an intense dream of a life, a provocative insight into loneliness, mental illness and creativity.

To enter,  simply answer the question below.

In what year was Vivian Maier born?

Competition closes at midnight, Sunday, June 20th, 2014. The winner will be contacted by email shortly after. (See IFI Terms and Conditions regarding prizes and competitions.)