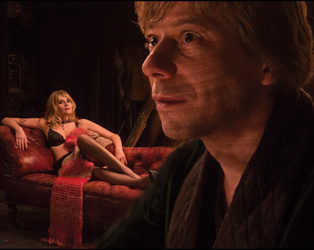 WIN A DVD BUNDLE AND FILM POSTER TO CELEBRATE VENUS IN FUR AT THE IFI!

Celebrating the EXCLUSIVE release of Venus in Fur directed by Roman Polanski at the IFI, we have a 3-DVD bundle and a film poster from our friends at Artificial Eye to give away! The DVD bundle includes: A Separation, Archipelago and Antichrist.

In a Paris theatre, director Thomas (Mathieu Amalric) has spent a long, frustrating day auditioning actresses for the female lead in his new play, an adaptation of Venus in Furs, Leopold von Sacher Masoch’s novel about sexual submission. No one has measured up to Thomas’ demanding expectations, and he’s about to leave in exasperation when Vanda (Emmanuelle Seigner) stumbles into the theatre. Buzzing with chaotic energy, she convinces an initially reluctant Thomas to let her try out for the part, and so begins a provocative battle of the sexes, with Vanda initiating a curious, psychological duel between the pair.

This film is showing exclusively at the IFI. Book now

To be in with a chance to win these great prizes, simply answer the question below.

Which of these films was directed by Roman Polanski?

Competition closes at midnight Thursday, June 5th, 2014. The winner will be contacted by email shortly after. (See IFI Terms and Conditions regarding prizes and competitions.)