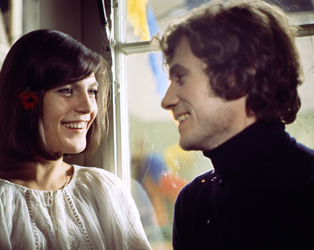 Life begins to unravel for young Katherina Blum (Angela Winkler) after she spends the night with an alleged terrorist, immediately becoming the victim of an unremitting campaign of police surveillance and harassment.

The tabloid press, working in cahoots with the corrupt police force, are led to her door and subject her to a brutal
character assassination that tests the limits of her dignity and sanity. Schlöndorff and von Trotta’s gripping adaptation of Heinrich Böll’s novel explores state power, individual freedom and the means by which a vindictive media can ruin an innocent reputation.