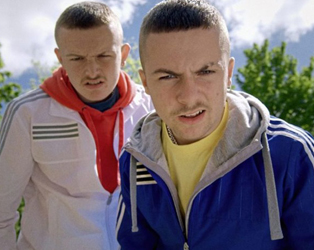 With commentary by Dr Anthony McIntyre .

The Irish comedy has, possibly more than most, undergone many transformations. The early gombeen made way for jovial gangsters, raw addicts or the occasional rom-com. This recent hit touches on all of these, but also derives much of its humour from its regional locations traversed by two pals on stolen bikes in search of a bale of cocaine.

Dr Anthony McIntyre will consider the film’s particular take on masculinity through its tender depictions of the hapless thieves.