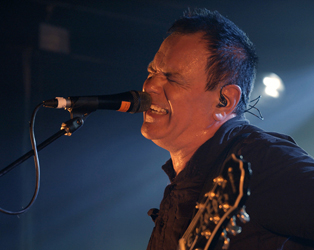 The screening was followed by a Q&A with David Gedge of The Wedding Present and director Andrew Jezard.

As The Wedding Present celebrate the 30th anniversary of their Bizarro album with a Dublin concert, we are delighted to welcome frontman David Gedge and director Andrew Jezard for this screening. Rather than a straightforward career overview, the emphasis is very much on the band’s early days, particularly the release and impact of debut album George Best, interspersed with interviews and footage of the band performing that album on its anniversary tour. The film also acts as a love letter to the UK indie scene of the 1980s, and to the influence of legendary DJ John Peel, who championed the band from their earliest days, and once announced to his listeners, “The boy Gedge has written some of the best love songs of the rock ‘n’ roll era. You may dispute this, but I’m right and you’re wrong.”