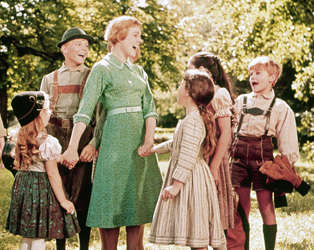 This film was released 15th June 2018, and is no longer screening.

One of the most beloved musicals returns to the big screen in a new 70mm print, offering audiences the chance to share or rediscover the film as it was meant to be seen.

Based on the award-winning Broadway production, it stars Julie Andrews as Maria, who leaves the abbey in which she was studying to become a nun in order to become governess to the seven children of widower Captain von Trapp (Christopher Plummer).

Featuring classic songs including Sixteen Going on Seventeen, My Favourite Things, and Edelweiss, it’s a treat for all ages.