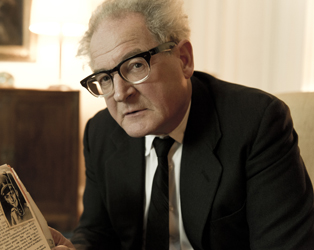 This screening will be followed by a Q&A with director Lars Kraume moderated by Steven Benedict.

In the aftermath of World War II, one of the Jews to return to Germany was judge and prosecutor Fritz Bauer (here portrayed by Burghart Klaußner), who became a key figure in efforts to secure justice and compensation for victims of the Nazi regime. Bauer’s work was complicated by the degree to which some of his colleagues and superiors had been complicit, and by details of his personal life that could have been used to destroy his career. On receiving information as to the whereabouts of Adolf Eichmann, one of the architects of the Holocaust, the implacable Bauer was determined that he should answer for his crimes.