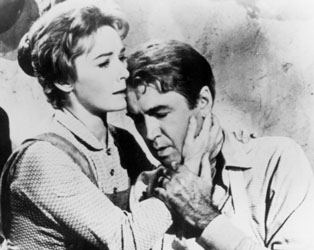 This screening was introduced by broadcaster Dave Fanning.

This month’s selection sees John Wayne, James Stewart, Lee Marvin and Vera Miles star in one of John Ford’s greatest Westerns. As the film opens, Senator Ransom Stoddard (Stewart) and his wife (Miles) arrive in a small frontier town to attend the funeral of local rancher Tom Doniphon (Wayne). Their connection is revealed through flashback to a time when Stoddard, then a young and idealistic attorney, began his political career after he and Doniphon encouraged a beleaguered townspeople to stand up to the ruthless and sadistic outlaw Liberty Valance (Marvin).

Set in an era when the Wild West was on the cusp of being tamed, and when the role of the free press and democratic processes were becoming an integral part of broader American society, it has been described by
The New Yorker’s Richard Brody as “the greatest American political movie.”