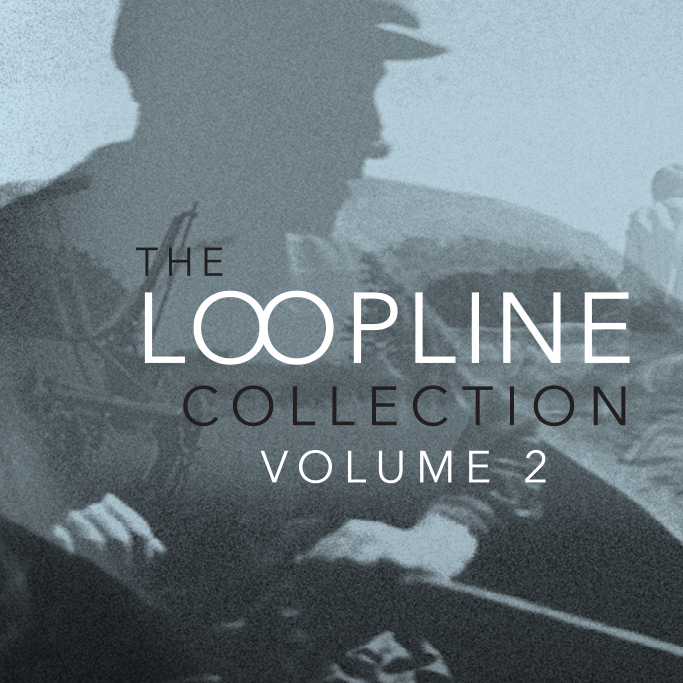 THE LOOPLINE COLLECTION VOLUME 2 RELEASED ON THE IFI PLAYER

May 13th 2020: Following the huge success of last year’s release of The Loopline Collection Vol. 1, which featured rare footage of U2 playing an early gig in Dublin, the Irish Film Institute (IFI) is delighted today to release the second volume of the collection. Founded in 1992 by filmmaker Sé Merry Doyle, the pioneering Loopline Film specialised in documentary and TV series, producing a number of important films including portraits of well-known cultural figures and work highlighting pressing social issues. Among the materials included in this release are the documentary series Mná an IRA and Hidden Treasures.

The Loopline Collection Vol. 2 can be viewed free of charge worldwide on the IFI Player at www.ifiplayer.ie/loopline-2, and via the IFI Player suite of apps, developed by Irish tech company Axonista.

Originally broadcast by TG4 in 2012 and directed by Martina Durac, the six-part series Mná an IRA explores the involvement of women in active service with the IRA in modern times.

Each episode focuses on one prominent figure: Rose Dugdale left an aristocratic English family to take up arms against British Rule; Josephine Hayden served four and a half years in prison in Limerick for transporting arms and ammunition, refusing early release under the Good Friday Agreement; Pamela Kane scaled the RTÉ mast in 1984 to protest Section 31 of the Broadcasting Act; Martina Anderson evaded imprisonment at the age of 18 on a firearms charge; Rosie McCorley was sentenced to 66 years’ imprisonment for the attempted murder of an army officer; and Roseleen Walsh, a renowned playwright and poet, who was interned in Armagh prison for a year in 1973.

Focusing on their personal stories and what impact their actions had on the conflict in Northern Ireland and on Republican politics, the films are a fascinating look at a rarely-seen and forgotten aspect of the Troubles.

Acclaimed on its first broadcast in 1998, the Hidden Treasures series was based on an unseen archive film collection from the National Museum of Ireland, intertwined with vibrant contemporary material. Central to the series is the fascinating story of Irish traditional folk life, with farmers and fishermen, artisans and craftsmen pitched against the forces of nature and the encroachment of modern society. Written and narrated by Theo Dorgan with original music by Kíla, the four films in the series (Cot, Coracle & Currach; Living in the Landscape; Gathering In; and Rod, Rhyme and Spinning Wheel) are inspiring stories of courage, imagination and resourcefulness.

Speaking at the launch of the collection, IFI Director Ross Keane said, ‘After an enormously successful response around the world to Loopline Volume 1, we are delighted to present this fascinating portrait of Irish culture and history, and the art of documentary making. During these challenging and unprecedented times, culture is more important than ever. Connection to our past, and remembering who we are as a nation is vital right now, and the Loopline Collection continues to remind us of the rich heritage that has shaped us.‘

Also featured in the launch is never-before-broadcast footage of interviews with acclaimed documentary filmmakers, collected as part of the Where Art Thou? series. Directors interviewed include Oscar nominee Chris Hedegus (The War Room) and her late husband, Oscar winner D.A. Pennebaker (Bob Dylan: Don’t Look Back); Kim Loginotto, whose latest film Shooting the Mafia was released in the IFI last November; and Les Blank, famed for directing Burden of Dreams, the award-winning documentary about the making of Herzog’s Fitzcarraldo.

Commenting on this volume of work, Sé Merry Doyle said, ‘The reaction to Volume 1 of The Loopline Collection has been a tremendous success on many levels. The collection got widespread publicity but perhaps the most rewarding thing to emerge was the new audiences it has recently reached. Now Volume 2 of The Loopline Collection is being launched there is a whole new menu of archival goodies to share with the world.‘

In 2015, the IFI, in partnership with Merry Doyle, received funding from the Broadcasting Authority of Ireland to archive the materials of Loopline Film. Over a twelve-month period, 16mm and 35mm films, a variety of tape formats, and numerous audio materials were catalogued, preserved and digitised by the staff of the IFI Irish Film Archive.

The Loopline Collection can be viewed free of charge worldwide on the IFI’s online platform, the IFI Player, and via the free IFI Player app, developed by Irish tech company Axonista.

The Loopline Collection is kindly supported by Axonista, the Broadcasting Authority of Ireland, and The Ireland Funds.

The IFI Player is delighted to partner with Irish Central as its official International Media Partner.