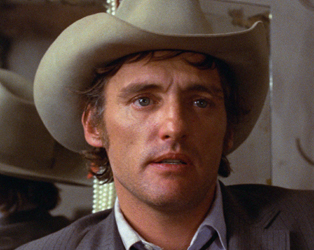 After the huge success of Easy Rider (1969), Dennis Hopper was given a blank cheque to stage his follow-up. Consciously self-reflexive, The Last Movie follows a Hollywood movie crew making a Western in a remote Peruvian village. When production wraps, Hopper, as the stuntman Kansas, remains, attempting to find redemption in the arms of a former prostitute. Meanwhile, the local Indians have taken over the abandoned set and begun to stage a ritualistic re-enactment of the production, with Kansas as their sacrificial lamb. Although it won a CIDALC award at the 1971 Venice Film Festival, The Last Movie would effectively end Hopper’s career for many years. The movie remains thrillingly innovative and remarkably contemporary, influenced greatly by the work of the French New Wave, as well as the Abstract and Pop artists Hopper revered.