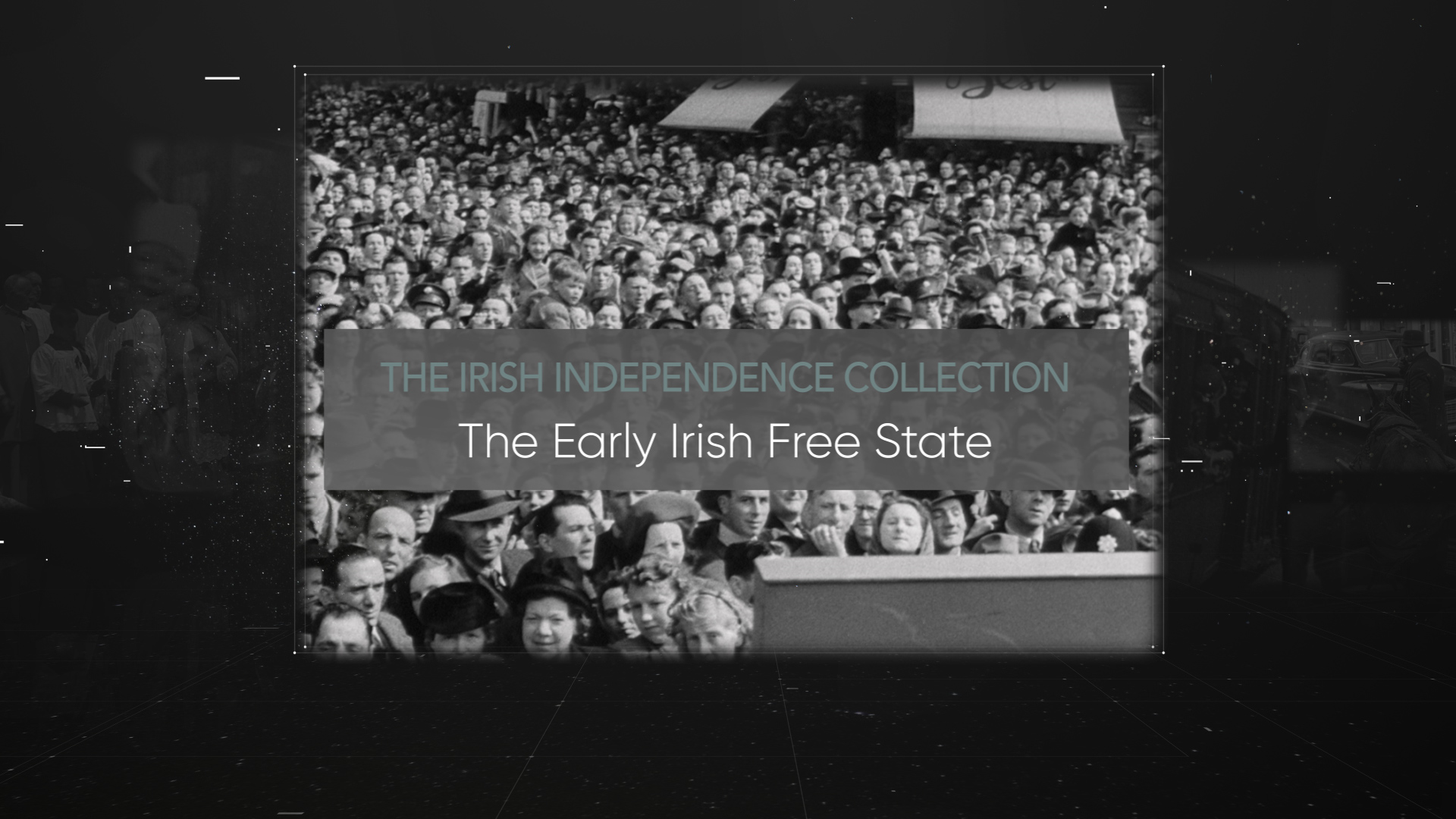 August 7th 2019: Following the hugely successful launch of The Irish Independence Film Collection in May 2018, the Irish Film Institute (IFI) is proud to announce the release of a second volume of culturally significant Irish newsreel material, The Early Irish Free State Collection. Focusing on a thirty-year period from the early 1920s to when Ireland became a republic in 1949, the material provides a fascinating insight into Irish society during one of its most turbulent periods.

The Early Irish Free State Collection can be viewed free of charge worldwide on the IFI’s online platform, the IFI Player at https://ifiplayer.ie/early-irish-free-state, and via the free IFI Player iOS app, developed by Irish tech company Axonista.

As in the previous two decades, Ireland lacked an indigenous filmmaking industry during the period of the Irish Free State, being a low political and economic priority; the newsreels, documentaries and cinémagazines in this collection were filmed by British Pathé. With the support of the Department of Culture, Heritage and the Gaeltacht, the IFI was able to work with the original custodians of these collections, the British Film Institute and British Pathé, in order to repatriate, safeguard and share these vital visual records.

By digitising the fragile, original nitrate film prints to a high definition format, historians, academics and the public can now witness details not evident in the standard definition versions of the material that had been previously available.

Speaking about the launch of this new material, Ross Keane, Director of the IFI, commented, ‘This second volume of material builds on the first collection launched last year, providing us with a priceless and rarely-seen insight into Irish society as the country moved forward out of brutal conflict to become an independent republic. We are grateful for the support of our partners which has enabled us to repatriate and preserve this invaluable material, and share it, free-of-charge, around the world on the IFI Player.’

The new collection not only features a number of pivotal political events from this period, but provides a valuable insight into the everyday society of a fledgling nation with its own emerging socio-economic and infrastructural divides.

Highlights of the collection include the inauguration of Ireland’s first President, Dr Douglas Hyde, in June 1938; celebrations on the streets of Dublin as The Republic of Ireland Act comes into effect in April 1949; a 1936 speech from Dublin Lord Mayor Alfie Byrne about the prospect of a United Ireland; and footage from the Eucharistic Congress of June 1932, which saw hundreds of thousands of devoted worshippers attend Mass in the Phoenix Park and line the streets of Dublin over the course of the five-day event.

Societal inequalities of the time are brought into sharp relief in a short piece about Glaswegian Julia Clarke who was sentenced to a month in prison by a Dundalk Court for kissing her boyfriend on church property in Blackrock, Co Louth; her unnamed boyfriend, who was ordered to pay a small fine to the St. Vincent de Paul Society, escaped a custodial sentence.

Also included are films about the lives of inhabitants of the remote Aran Mór off the Galway coast in 1924 – the film includes a breathtaking sequence of four so-called cliffmen roped together and scaling a rugged cliff face; the arrival in Dublin in 1937 of a steamship carrying crates of pigeons for the Irish Hospital Sweepstakes Pigeon Derby; the Sandycove Gala and Dún Laoghaire Regatta of 1923 with crowds dressed in their finest to cheer on the participants; and footage of the Lartigue Monorail, which ran from Listowel to Ballybunion in Co. Kerry and which closed in 1924.

The IFI has also enlisted the expertise of Brenda Malone, Curator of Military History at the National Museum of Ireland (NMI), to examine and add context to the events, people and locations depicted, many of which were originally missed by non-Irish cataloguers. Additionally, Malone links artefacts held at the NMI to carve out a broader, contextual historical map of politics, folklife, religion and tourism in the Irish Free State.

The other 155 films of the Irish Independence Film Collection are available to the public, free of charge, through the IFI’s online platform, the IFI Player, and via the free IFI Player suite of apps developed by Irish tech company Axonista, and available to download from Google Play, the App store, Amazon TV, Android TV and Roku.