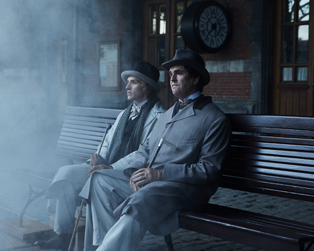 This film was released 22nd June 2018, and is no longer screening.

Oscar Wilde’s final years are the subject of Rupert Everett’s heartfelt debut as director, the actor ably essaying the role of the once-celebrated writer who now lives in destitution in Paris.

Flashbacks to Wilde in his pomp as the toast of London society are mixed with an exploration of the love triangle that existed between the writer, the toxic and manipulative Bosie (Colin Morgan) and Wilde’s devoted literary agent Robbie Ross (Edwin Thomas).