THE COMMISSAR – EVENING COURSE FROM RUSSIA WITH FILM

This civil war film was shelved until glasnost saw its release in 1988. It concerns pregnant Red Army commissar Klavdia, who moves in with a Russian-Jewish family. A harmonious communal life ensues, till the encroaching world war places the Jewish family in danger. 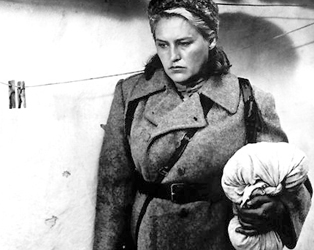