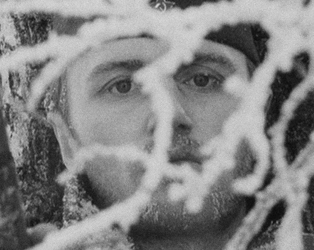 This screening will be introduced by Tara Brady, film critic for The Irish Times.

The work of Russian filmmaker Larisa Shepitko has been notably under-represented since her untimely death in a car crash in 1979 at the age of forty; she left behind a brilliant, if small, body of work comprising just four feature films. Shepitko’s final film, The Ascent, is considered her masterpiece, and was awarded the prestigious Golden Bear at the 1977 Berlin Film Festival.

Hailed as one of the finest Soviet films of the decade, the film follows the path of two isolated peasant soldiers during World War II as they seek refuge in the snowy wastelands of Belarus, a harrowing journey of betrayal and heroism.