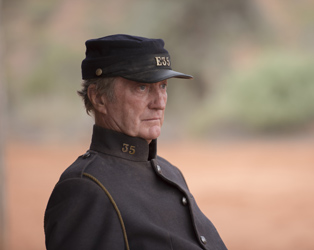 The Northern Territories of Australia, 1929. Rancher Fred Smith (Sam Neill) is a devout Christian with a paternal relationship to his Aboriginal workers; ‘all men are equal in the eyes of the lord’, he believes.

When his head stockman Sam (Hamilton Morris) kills a sadistic neighbouring rancher (Ewen Leslie) in self-defence, Sam is forced to go on the run with his young wife Lizzie (Natassia Gorey Furber), knowing there will be no trial because he ‘killed a white fella’. Fred reluctantly joins a posse led by weathered chief Sergeant Fletcher (Bryan Brown) to track Sam deep into the Outback, a harsh and unforgiving world.

Warwick Thornton’s follow up to Samson and Delilah (2009), which explored present-day marginalization of Aboriginal communities, is a lean and gripping Outback western that simmers with a quiet anger at racial prejudice and injustice.