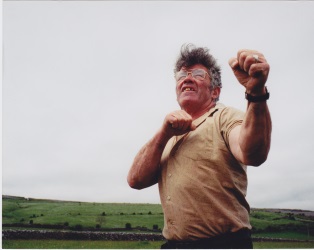 The documentary film festival IFI Stranger Than Fiction returns, opening with the Irish premiere of The Great Hip Hop Hoax, the tale of Scottish rappers who reinvented themselves as Californians, having been laughed out of London showcases and dubbed the ‘Rapping Proclaimers’. We also present Smash & Grab, about the Pink Panther diamond thieves which boasts incredible insider access to the gang.

We are delighted to present Salma, Kim Longinotto’s latest film, following  an acclaimed Tamil poet nobly looking out for women within her community; there’s After Tiller, a powerful, timely film addressing the abortion debate in America; and the formally brilliant and effecting Dragon Girls. Depicting life aboard a fishing trawler, the hypnotic, haunting Leviathan won the prestigious Michael Powell Award at the Edinburgh Film Festival this year. In contrast, and indicative of the variety of films in the programme, there’s a joyous celebration of Southern Soul music in Muscle Shoals.

Among the Irish programme are Dublin premieres of the Cuban Missile Crisis nail-biter Here Was Cuba, the personal story of a Belsen-survivor Close to Evil and the beguiling tale of young Sean-nos singers in rural Ireland, Aisling Gheal. We have shorts galore in our programme curated by Eat My Shorts, and are also delighted to present the world premiere of the Irish Film Board’s Reality Bites documentary scheme. Finally, Saturday night of the festival is not to be missed with the screening of Where the Blue Flowers Grow, capped off by a musical performance by The Cujo Family, the band celebrated in the film.

In addition to our main screenings, we are delighted to host a range of panel discussions in partnership with Irish Film Board/Bord Scannán na hÉireann, which will give documentary makers and lovers some insight and practical tips on how to grow and succeed in the international market. Panel participants will include Havana Marking (Smash & Grab) and Jeanie Finlay (The Great Hip Hop Hoax) alongside top Irish filmmakers including Cathal Gaffney (Give Up yer Auld Sins) and Nick Ryan (The Summit).

Tickets cost €9 except for the opening film which includes a post-screening reception and costs €12. Special events are free except for Connecting with Modern Audiences and Building an International Documentary Company which cost €5. Please note that Membership is required for all films. Daily Membership costs €1 and annual Membership (+host of benefits!) just €25. Special Package Price (5 films for €40) is available in person at the Box Office only. Free List suspended for all films in IFI Stranger Than Fiction.

IFI Members get CHEAPER tickets, DISCOUNTS at the IFI Café Bar & IFI Film Shop, double loyalty points which add up to FREE tickets, the chance to see a FREE preview every month, a FREE off peak cinema ticket & much more! Sign up at IFI Box Office now and become a member of the best film club in town for less!

Vote for your favourite Documentary Short!