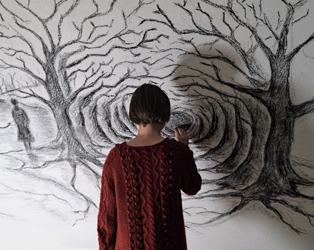 This film was released 3rd August 2018, and is no longer screening.

The disparate notes of teenage romance, gothic fantasy and mafia criminality are elegantly combined in this atmospheric second feature from writing-directing duo Grassadonia and Piazza, which builds on the promise of Salvo, their impressive debut from 2013.

The year is 1993. Giuseppe (Gaetano Fernandez) is the 13-year-old son of a mafia hitman-turned-informant. He is falling deeply in love with his classmate Luna (Julia Jedlikowska) when he abruptly disappears. Shocked at the indifference of the townsfolk to the boy’s fate, Luna determines to uncover his whereabouts, her passionate devotion to Giuseppe developing into an otherworldly connection with the missing boy. A richly textured, immersive work of the imagination.