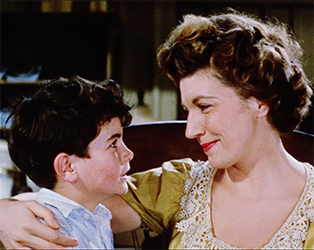 SHE DIDN’T SAY NO! ON THE IFI PLAYER

April 15th 2021: The Irish Film Institute (IFI) is pleased to announce that the digitally remastered Irish film She Didn’t Say No! is now available to view worldwide for one week, at www.ifiplayer.ie and via the IFI Player suite of apps. 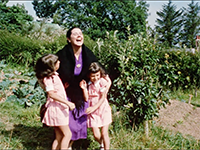 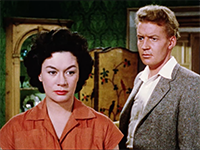 Cyril Frankel’s She Didn’t Say No! (1958) is one of the most intriguing offerings to come from the vaults of the IFI Irish Film Archive – a warm, comedic feature film about an unapologetic unmarried mother in 1950s Doon, County Waterford.

Filmed in Cornwall, with a strong Irish cast of Abbey Theatre actors, including Ray McAnally, Joan O’Hara, Jack McGowran and The Gate co-founder Hilton Edwards, She Didn’t Say No! is adapted from prolific playwright and novelist Una Troy’s novel We Are Seven. A story based on the real life experience of a mother of six children by five different men, protagonist Bridget Monaghan (based on real life Moll McCarthy) is up against a cohort of villagers who see her as a social embarrassment.

The digitised She Didn’t Say No! is presented alongside an introduction from Head of IFI Irish Film Archive Kasandra O’Connell contextualising the film’s preservation. Also featured is an interview with retired scholar Ann Butler and her daughter, feminist historian Jen Deaderick, about the film’s origins. Butler is the biographer of author Una Troy, and during her work to reclaim Troy from obscurity, found a print of the film with Canal Plus distributors in Pinewood Studios in 2000 and alerted the IFI Irish Film Archive to its existence. Butler introduced what we believe to be the first public screening of the film in Ireland at the IFI in 2001. The film was initially banned upon its release by the Irish Film Censors for moral reasons.

The IFI Irish Film Archive’s 35mm print of the film was digitised at R3store Studios in London. The digitisation and release of the film are made possible thanks to A Season of Classic Films, an initiative of the Association des Cinémathèques Européennes (ACE), with the support of the European Commission’s Creative MEDIA programme. The initiative offers free access to European archival films, connecting the public with cinema history and the preservation of film heritage.

Speaking about the film’s digitisation, and digital exhibition on the IFI Player, Kasandra O’Connell said, ‘The IFI Irish Film Archive is delighted to be part of A Season of Classic Films which has afforded us the opportunity to digitise and share She Didn’t Say No!, a film that playfully comments on Irish societal attitudes to non-traditional family structures. It’s also a beautifully made film employing a rich Technicolor palette and a strong cast of Abbey Theatre actors.’ 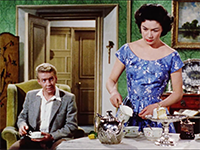