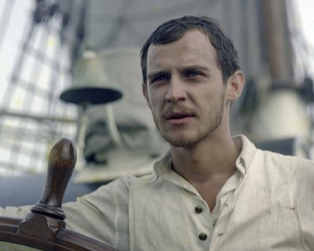 The work of Józef Teodor Konrad Korzeniowski, better known as Joseph Conrad, has provided inspiration for numerous filmmakers, including Alfred Hitchcock (Sabotage, 1936), Ridley Scott (The Duellists, 1977), and Francis Ford Coppola (Apocalypse Now, 1979). His countryman Andrzej Wajda, one of Poland’s great directors, turned to Conrad’s novella for this film about the troubles faced by a youthful captain on his first voyage in command. A fever lays most of the crew low, and the wind dies, stopping the ship’s progress at the exact latitude at which its previous captain died, prompting speculation that supernatural forces may be at play.

This screening takes place in association with the Joseph Conrad Festival in Ireland and the Embassy of the Republic of Poland in Dublin.