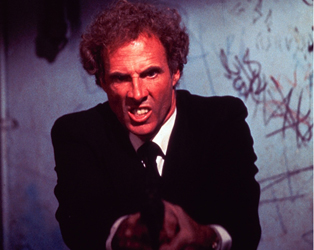 One aspect of Bruce Dern’s performance as Woody Grant in Alexander Payne’s Nebraska (opens from December 6th) is that he’s playing a character who is under-appreciated and taken for granted by those around him. There are parallels to a film career where contemporaries such as Jack Nicholson and Robert Redford graduated to be bona fide movie stars, while Dern carved out a reputation as a notable character actor, making his mark playing mostly bad guys, usually down the billing from bigger draws. David Letterman once asked him if he ever tired of playing “all these wackos and all these sickos”, to which Dern replied he didn’t recognise the characters as such, that “they’re really just guys that kind of live just beyond where the buses run.”

A graduate of Lee Strasberg’s acting school, Dern worked on a number of Roger Corman films before appearing in some of the of the most vital and politically engaged films of the 1970s. With an overdue Oscar nomination for Coming Home arriving in 1979, Dern might have expected to find more leading roles. While few materialised, the recognition he received from directors such as James Foley and Quentin Tarantino was evidence that the work he’d done had not gone unnoticed.

Dern is remarkable as Woody Grant, and it’s a role which won him the best actor award at Cannes this year. Nebraska may be the high point of his singular career, which the IFI celebrates in December with a selection of his finest films.