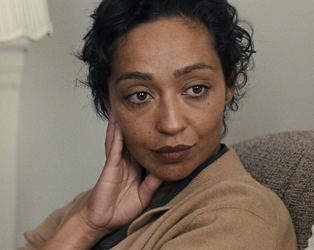 Ruth Negga Retrospective – From Isolation to the Oscars

Ruth Negga is on the crest of a wave, with an Oscar nomination for her role in Loving (out now at the IFI) and a BAFTA Rising Star nod too. But while the world is only starting to take notice, we’ve been in on the secret for years.

Ruth Negga was born in Ethiopia in 1982 to an Irish mum and an Ethopian father. She moved to Limerick at the age of four and later studied acting at Trinity College Dublin.

Her debut was in Trafficked – a feature which was shot in 2004 as Capital Letters and finally arrived on screens in Ireland with a new title in 2010. Still, Negga had arrived and Irish audiences got to see her again in Drogheda set series Love is the Drug.

For many it was her turn as Mary in 2005’s Isolation which first started to gain real notice, while she also had a small part in Neil Jordan’s Breakfast on Pluto in the same year.

Solid TV work followed, with a memorable appearance in Channel 4’s Misfits and a return to Irish screens in 2010 for the popular show Love/Hate.

Hollywood beckoned with a part in the heavily reshot final portion of World War Z, seeing Negga holding her own against Brad Pitt as the global zombie epic went intense and intimate in its last act.

TV again called and this time Negga earned a part in the Agents of SHIELD show on ABC. The exposure put her in front of a new and even larger audience, brushing canon shoulders with the massively popular Marvel superhero universe.

2016 is easily her most high-profile year to date – including a lead role in AMC’s comic book adaptation Preacher (co-created by Seth Rogen from Garth Ennis’s books) and a part in the massively budgeted Warcraft movie.

But it was the smallest of her trio of 2016 projects which would prove to really put her on the world stage. Negga was cast as Mildred Loving in a new biopic from director Jeff Nicols, the man behind Take Shelter, Mud and Midnight Special.

It’s an incredible true story of the Lovings (Negga and Joel Edgerton) who married in Virginia in 1958 and came up against deep prejudice and the full force of the anti-miscegenation laws of the time. Their Supreme Court case would change the country forever, and that positive message remains as relevant and timely as ever.

Negga delivers a wonderfully nuanced performance as Mildred Loving, the emotional core of a story which was captured initially in an important LIFE Magazine article during the height of the case, with photos by Grey Villet (played in the film by frequent Nichols collaborator Michael Shannon).

She has been honoured with awards from the African-American Film Critics Association, the Palm Springs International Film Festival and the Satellite Awards. And Negga has been nominated for the Best Actress Oscar, an incredible achievement.

It’s strange to think of Ruth Negga as just being discovered by most of the world at but the honours are a testament to years of hard work in a variety of roles, and her stunning turn in Loving. And we’re looking forward to seeing what this talented actress does as her career evolves in the future.

Loving is at the IFI now – book tickets.