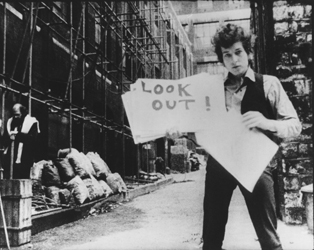 In the final month of the IFI’s three-month season dedicated to excess, presenting examples of how cinema has taken on sex, drugs and rock ‘n’ roll, we celebrate the coming together of cinema and rock.

Since teddy boys ripped up cinema seats while Bill Haley’s Rock Around the Clock played over the credits for Blackboard Jungle, there has been a tension between film and rock ‘n’ roll. From Elvis to the Spice Girls, there’s a long list of titans of pop who have come a cropper when they’ve tried to act, while there are plenty of fawning, hagiographic documentaries plugged as for fans only, which then tell those fans nothing new. Yet when you see a gun-slinging Jimmy Cliff light up the screen, or hear a singer as smart, articulate and cherishable as Kathleen Hanna talk about her work and decide that the world would be a better place if she ran it, or when Jordan flashes her butt while dancing to a souped up version of Rule Britannia… well, moments like these illustrate that cinema and rock ‘n’ roll can come together beautifully.We celebrate those moments, and other gems, in the programme here.

And the rock won’t stop at the IFI after March is done…see Morgan Neville’s wonderful 20 Feet from Stardom; and expect to see Nick Cave in the playful docudrama 20,000 Days on Earth, Belle and Sebastian’s Stuart Murdoch’s directorial debut, God Help the Girl, and Lenny Abrahamson’s eagerly awaited Paean to outsiders, Frank, with us in the coming months.