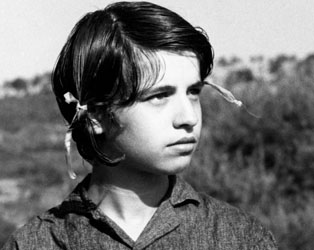 Bresson’s second adaptation of a novel by Georges Bernanos (the other being Diary of a Country Priest), Mouchette is a bleak coming-of-age tale in which a young girl already burdened with too many responsibilities realises that adulthood will offer her no respite. Living with her alcoholic father and bedridden mother, Mouchette (Nadine Nortier) must care for her infant brother and the household. Shunned by her classmates and scorned by her teacher, she takes solace in nature. Following a sexual assault at the hands of a poacher who wishes to use her for an alibi, she makes a final decision that, although ambiguous in its depiction, seems to indicate the hollowness of the belief in a better life to come.