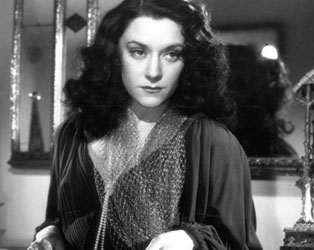 Bresson’s second film, featuring dialogue by Jean Cocteau, marked the last time he worked solely with a cast of professional actors. Hélène (María Casares), fearing that lover Jean (Paul Bernard) is cooling in his ardour, attempts to rekindle the flame of their relationship by feigning disinterest, believing that this will inspire him to fight for her affection. To her horror, this backfires when Jean, with relief and enthusiasm, agrees that he only wishes to continue as friends. Her plan for vengeance involves manipulating Jean to fall in love with and marry Agnès (Elina Labourdette), a former prostitute, believing that the ensuing scandal will bring about Jean’s ruin. Ultimately, Bresson posits that the redemptive power of love can overcome the darkest of motivations.