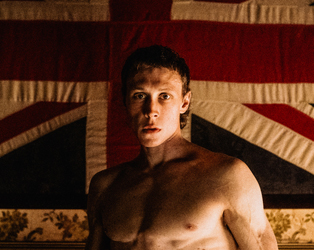 REVIEW ROUNDUP: TONI MORRISON: THE PIECES I AM AND TRUE HISTORY OF THE KELLY GANG

This week’s new releases at the Irish Film Institute on Friday March 6th 2020 are Toni Morrison: The Pieces I Am and True History of the Kelly Gang.

TONI MORRISON: THE PIECES I AM

“It makes great use of archive and text alongside its talking heads.”

“It is a remarkably engaging documentary.”

“There’s an easy, informative, flow to every aspect of The Pieces I Am which makes it a truly, elevated, educational experience.”

“The Pieces I Am is a pleasantly structured introduction to Toni Morrison.”

“Morrison explains how she fought against the white gaze, and the idea that her writing had to address white readers to justify its existence.”

“Declan Zimmermann’s visual effects help emphasize Morrison’s work and personal narrative as a touchstone throughout many times in history when her stories have not just validated but also unshackled black people from the white vantage point through which they have been seen.”

TRUE HISTORY OF THE KELLY GANG

“Kurzel makes good use of those vast landscapes and verdant forests with lingering wide shots, while his brother, Jed, provides a frantic and heightened musical soundtrack.”

“George Mackay is terrific – both hard and vulnerable – as the child of a misused mother and a ruthless Irish father.”

” ‘True History’ moves along at just the right pace and has a great script from Shaun Grant which is punctuated by moments of black humour.”

“It is always weirdly plausible in its pure strangeness and in the oddly poignant moments in which Ned seems to make friends with the oppressor.”

“Director Justin Kurzel has plunged Antipodean folklore into a hellscape reminiscent of Hieronymus Bosch, creating a harsh, barren experience that is surreal yet acutely human.”

“The film’s world-building is at once utterly immersive and given to striking stabs of artifice.”