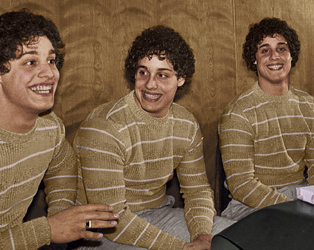 Three new films open at the IFI on the 3oth of November, read on for a selection of reviews or pop in to make up your own mind!

“This is a strange, ultimately quite distressing story touched by tragedy, told by Wardle with great skill and compassion in a brisk, consistently absorbing package.”
Hollywood Reporter

DISOBEDIENCE
“This is richly satisfying and powerfully acted work.”
4/5 – Guardian

“Given that he’s neither Jewish nor British, gay nor female, Chilean director Sebastián Lelio (Gloria, A Fantastic Woman) does a bang-up job with both the community portrait and the clenched, desperate love story here”
4/5 – Telegraph

“Rachel Weisz and Rachel McAdams brilliantly enact this tale of forbidden same-sex attraction in London’s Orthodox Jewish community. No one who follows the groundbreaking trail that the movie blazes is going to shut up about it”
3.5/4 – Rolling Stone

THE WILD PEAR TREE
“There is humour in here. There is even some glacially undulating plot. But the dynamics that matter are those that play themselves out through spoken language.”
4/5 – Irish Times

“Ceylan’s film is excellent, a joy for those with three hours to spare.”
5/5 – Irish Independent

“In its absorbing to and fro of mood and dialogue, The Wild Pear Tree brilliantly conjures the moments when people at odds with each other can suddenly connect.”
5/5 – RTE

“It is another deeply satisfying, intelligent piece of film-making from Ceylan”
5/5 – Guardian