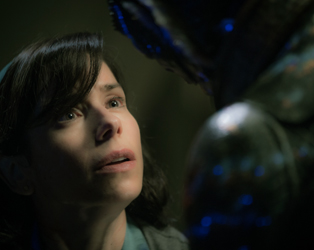 Review Roundup: The Shape of Water

A new week brings a major new release, and this one has a massive 13 Oscar nominations!

Guillermo del Toro’s The Shape of Water tells the tale of a mute cleaner, played by Sally Hawkins, who encounters a mysterious creature at her job in a military facility, ant the director whisks us way on a magical adventure from there.

The film is earning rave reviews around the world, and you can find a selection of them below.

THE SHAPE OF WATER
“It’s bold and beautiful and moves you to tears”
5/5 – Independent.ie

“Be in no doubt. The current, slight favourite for the best picture Oscar is a lovely thing”
4/5 – Irish Times

“Del Toro might have made The Shape of Water, but Sally Hawkins owns it”
Village Voice

“A ravishing, eccentric auteur’s imagining, spilling artistry, empathy and sensuality from every open pore, it also offers more straight-up movie for your money than just about any Hollywood studio offering this year”
Variety