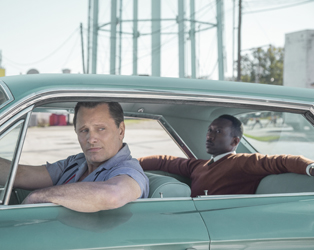 Read on for a selection of reviews or pop in to the IFI to make up your own mind!

GREEN BOOK
“And yet, and yet, when you put all that to one side and just watch it, Green Book is an irresistible piece of entertainment.”
4/5 – Irish Independent

“Thanks to the dream team of Mortensen and Ali, both giving Oscar caliber performances, audiences will be rightly cheering this hilarious and heartfelt true story of a black musician and his racist driver on a 1960’s tour of the Deep South.”
4.5/5 – Rolling Stone

“Witty and warm as cashmere, Green Book is a two-hander in which both stars soar with humor and heart.”
4/4 – Observer

“Call this actors’ duet sentimental and simplistic at your own peril. Green Book may well move you, possibly to tears, at the thought of real social change and kindness (at a time when we need it badly).”
4/5 – Time Out

“Luxuriant and intelligently sensual, brilliantly acted by all three protagonists, Burning is utterly absorbing and has to be a contender for the list of great films – even this early, yes – to come our way in 2019”
5/5 – RTÉ

“Is it a love triangle, a murder mystery or a comment on the human condition? Whatever you call this stunning, slow-build thriller from South Korean director Lee Chang-dong, it sizzles with a cumulative power that will knock the wind out of you.”
4.5/5 – Rolling Stone

“A languorous, catlike psychological puzzle from one of the essential international masters, Lee Chang-dong…”
3.5/4 – Chicago Tribune