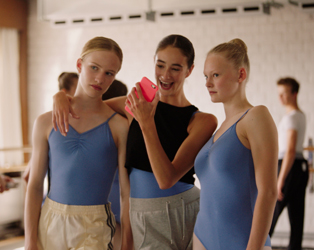 GIRL
“There is a seriousness of purpose here that is rare in an age where most arguments are carried out in block capitals. The word “important” is, for once, worth brandishing.”
4/5 – Irish Times

“Girl is beautifully made: it’s also an education.”
5/5 – Irish Independent

“The sheer sustained intensity of the drama and performances carry it through.”
4/5 – Guardian

“This isn’t just a trans story — it’s also a broader story of becoming, and the bold steps required to get there.”
indieWire

“Looks terrific, is not afraid to tackle a number of difficult subjects and features a star-making performance from acting and dancing talent Victor Polster.”
Hollywood Reporter

“How to stand out and blend in at the same time? Few films convey that tension better than “Girl,” a deeply humane first feature from Belgian director Lukas Dhont about a transgender teen who wants to be a ballerina.”
Variety