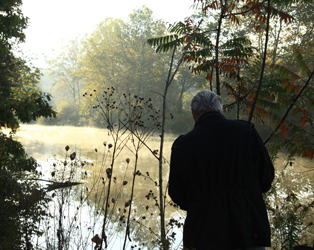 The new release at the Irish Film Institute on Friday June 21th is Five Seasons: The Gardens of Piet Oudolf.

“The gardens provide a tranquil, contemplative space that should appeal to lovers of such patient documentaries… or the folks that queue up first for Bloom.” – The Irish Times 3/5

“Oudolf is an intriguing figure, a gardener who prizes not flowers or decorative features or even colour but the muscular forms and textures of plants and grasses.” – The Guardian 4/5

“The Times film critics weren’t exactly fighting each other for the chance to review this Dutch horticultural documentary. We should have been, though.” – The Times 4/5

“The film’s visions of Oudolf’s work, in gorgeous close-ups as well as from drone-photography angles and time-lapse perspectives, will undoubtedly send some viewers to his books and to the gardens themselves.” The Hollywood Reporter

“If you just want to potter blissfully for 75 minutes, this should do it.” – Financial Times 3/5