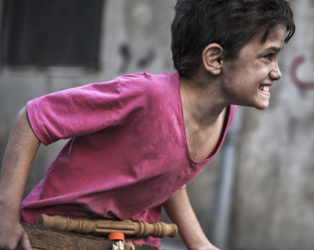 We’ve got one new release this week, the Oscar-nominated Capernaum directed by Nadine Labaki. Read on for a selection of reviews or pop in to the IFI to make up your own mind.

“Nadine Labaki’s film is frantic, fast, full of colour and feeling and bursts of raw humour. It’s not a perfect film, but it is a fine one”
4/5 – Irish Independent

“There is passion and compassion here, and Labaki’s film brings home what poverty and desperation mean, and conversely what love and humanity mean.”
4/5 – Guardian

“The last shot had me choking back sobs”
NPR