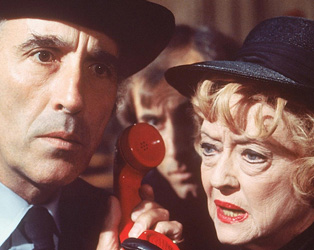 Get your mid-term break off to a zinging start with this sequel to Disney’s Escape to Witch Mountain. Tia and Tony are the orphaned brother and sister with special powers who land on Earth for a holiday. Their paths cross with Victor, Christopher Lee’s demented scientist, and his scheming accomplice Letha (Bette Davis). Seeing the kids’ powers as their means of world domination, Victor traps Tony with
his mind control. Tony is then kidnapped by Letha, ending up in a museum where Tony wreaks havoc, bringing exhibits to life. Lots of fun and visual high jinks ensue, as the pair try to escape the villains, and save the world too.