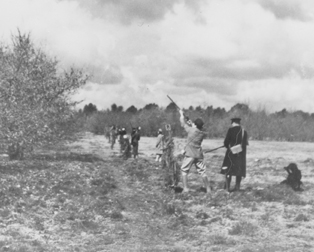 Also known by its English title The Rules of the Game, this is the only film to have appeared in the top ten of every edition of Sight and Sound’s decennial list of the greatest films ever made.

Revolving around events that take place at a luxurious country château over the course of a weekend hunting party, its focus on the tangled web of relationships between husbands and wives, their lovers, and masters and servants paints a picture of contemporary French society that was met with no small degree of outrage on its initial release. Dazzling in its complexity and brilliance, it remains a masterpiece of French cinema.

The screening will be introduced by Paul Whitington, film critic and columnist for The Irish Independent.