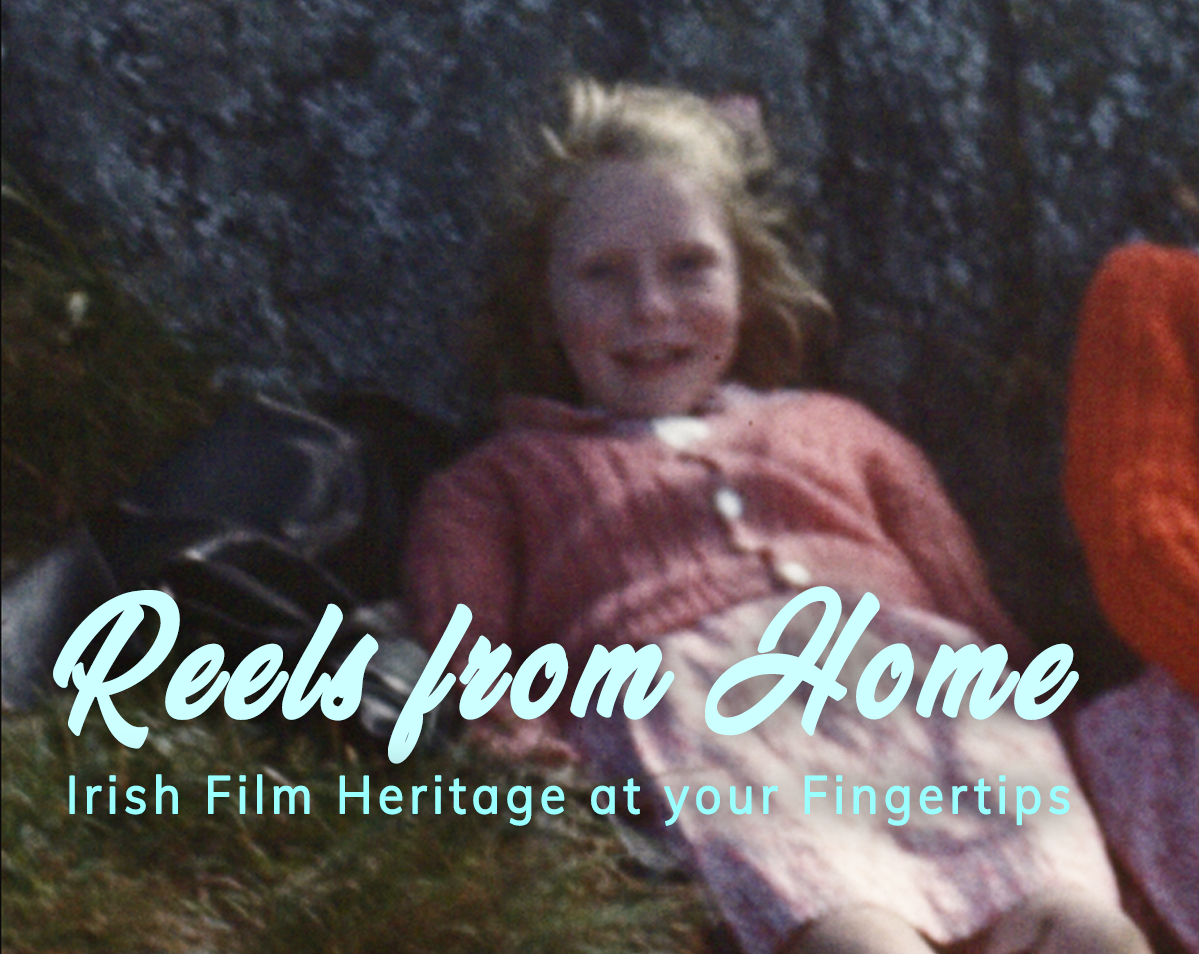 REELS FROM HOME ON THE IFI PLAYER

June 18th 2020: The Irish Film Institute (IFI) is proud to announce a new partnership with the London Irish Centre to bring film heritage to Irish communities in London and across the UK. Reels From Home: Irish Film Heritage at Your Fingertips brings together a wide range of fascinating content from the IFI Irish Film Archive into one specially curated collection. Reels from Home is now available free-to-view on the IFI Player at ifiplayer.ie/reels-from-home and via the IFI Player suite of apps developed by Irish tech company Axonista.

Under the headings ‘Ireland of Yesterday’, ‘Watch Irish History Unfold’, and ‘Rediscover Television Adverts’, the Reels from Home collection includes materials which date as far back as the early 1900s. It includes both professional and amateur films documenting all aspects of Irish life including tourism, industry, sport, entertainment, and much more. The films have been selected to engage with the London Irish Centre’s objectives to promote and advance education in Irish art, language, culture and heritage.

Speaking about the collection’s release, Gary Dunne, Director of Culture at the London Irish Centre, said, ‘The London Irish Centre is delighted to partner with the Irish Film Institute on the Reels From Home initiative. For over 65 years, the Centre has been a cultural bridge between London and Ireland, and strategic and programming partnerships like these play a key part in connecting our audiences with high quality Irish culture. The Reels From Home collection is bespoke, dynamic and engaging, and we look forward to sharing it with audiences in the UK through a series of co-watching screenings.’

At a time when many people are spending much of their time indoors due to the Covid-19 outbreak, Reels From Home brings a new channel of content to the Irish community that is free, entertaining, informative, and easy to access and navigate. The project follows in the footsteps of the 2018 Reel Memories initiative, presented by the IFI in partnership with Nursing Homes Ireland, which brought a selection of curated IFI Player material to nursing home residents across the country.

Commenting on the project, Kasandra O’Connell, Head of the IFI Irish Film Archive, added, ‘We are delighted to be able to bring the collections of the IFI Irish Film Archive to a new audience in the UK, particularly at a time where people may be feeling more isolated than usual. As someone who was born in London to Irish parents, the UK’s Irish community is one that I have been eager for the archive to work with, and partnering with the London Irish Centre gives us a wonderful opportunity to do so.‘

Highlights of the collection include Alive Alive O: A Requiem for Dublin, which captures the colourful street traders of Dublin and their fight to maintain their merchant tradition in the face of aggressive economic development; Ireland in Spring presents a celebration of all things Irish and a delightful window on 1950s Ireland; and a 1970s advert for Bass ale featuring the legendary band The Dubliners performing in iconic Dublin bar O’Donoghue’s.