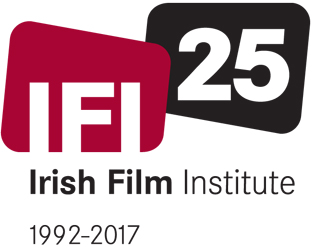 The Irish Film Institute welcomes President of Ireland, Michael D. Higgins, to a Gala Cine-concert of The Cohens and Kellys to celebrate its 25th anniversary tomorrow, September 16th. The event coincides with the IFI’s annual Open Day, which includes a day-long schedule of free public screenings, events, and tours.

The IFI will share the 25th anniversary celebrations of its landmark premises in Temple Bar tomorrow, September 16th, as it hosts IFI Open Day, a jam-packed day of free public film screenings, and behind-the-scenes activities. This year also sees the addition of a very special Gala Cine-concert of the 1926 classic The Cohens and Kellys, to be formally launched by President of Ireland and Patron of the IFI, Michael D. Higgins. The Gala Cine-concert will feature live musical accompaniment.

A key event in every cineaste’s calendar, the IFI Open Day is a chance for film fans to sample a specially curated programme of films that show the wide range of cinema on offer at the IFI all year round. This year’s programme includes Hollywood classics such as The Big Sleep and Harold Lloyd’s Speedy, alongside cult favourites including Intermission and Miller’s Crossing on 35mm.

A special competition will be run for visitors, as courtesy of Air France, one lucky winner could be jetting off to Paris, the city of lights.

Tickets for each film will be distributed in the IFI Foyer one hour before each screening starts. Limited tickets for the Gala Cine-concert will be available from the IFI at 18.30. All screenings are strictly on a first-come, first-served basis, so visitors are advised to arrive early to avoid disappointment!

This year is a real treat for archive film fans – The Big Sleep is a true classic, in which Humphrey Bogart plays private detective Philip Marlowe, who increasingly gets drawn into a tangled web of intrigue by Vivian Rutledge (Lauren Bacall). Speedy, Harold Lloyd’s final silent film released in 1928, sees him play a baseball-obsessed New Yorker (the film features a cameo from the legendary Babe Ruth) who becomes determined to save the city’s last horse-drawn streetcar.

For Dead Men Don’t Wear Plaid, Carl Reiner and Steve Martin re-teamed for this subversive homage to the pulp fiction adaptations of the 1940s, while William Friedkin’s Sorcerer, a film long unavailable for cinema exhibition, will also return to the big screen. For fans of Irish film, there’s a chance to see the wildly irreverent cult classic Intermission, starring Cillian Murphy, Colin Farrell and Kelly Macdonald.

Other cult favourites sure to thrill include screenings of Star Trek: The Motion Picture, while Miller’s Crossing will screen on 35mm. Ten years after the cancellation of the original Star Trek television show, and in response to its continued success in syndication, the legendary crew of the Starship Enterprise made their first appearance on cinema screens. Arguably the Coen Brothers’ greatest work, Miller’s Crossing stars Gabriel Byrne as Tom Regan, right-hand man to mobster Leo O’Bannon (Albert Finney) during Prohibition and Delicatessen, a post-apocalyptic surrealist black comedy about the landlord of an apartment building who prepares a delicacy for his unusual tenants.

2017’s Open Day will include a Gala Cine-concert of The Cohens and Kellys (1926), a lively comedy of feuding Irish and Jewish families in 1920s New York. Hilarious, warm, and timelessly entertaining, the film will be accompanied by live music from award-winning accordionist Dermot Dunne and saxophonist Nick Roth, Artistic Director of the Yurodny Ensemble. This will be a truly unique cinematic experience for IFI guests celebrating the 25th anniversary, and will be attended by President of Ireland and Patron of the IFI, Michael D Higgins.

The popular Audience Choice screening also returns, with the public having chosen from a shortlist selected by IFI staff. The winner will be announced on Open Day.

In addition to free screenings of old favourites and archive gems, Open Day visitors will also have a chance to learn about the incredible preservation, digitisation and restoration work of the IFI Irish Film Archive team at the ever-popular ‘Ask the Archivists’ desk.

As always, we’ll be offering annual IFI Membership at a discounted rate during the day, plus special offers to anyone who signs up as an IFI Friend.

20.30 Gala Cine-concert: The Cohens and Kellys