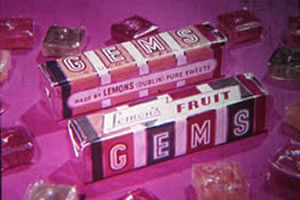 DR JOHN FLEETWOOD AND OTHERS
A recent discussion by the Archive Curator and Liam Wylie of the RTE Archive project on Ryan Tubridy’s Radio show regarding the closure of the Kodak Super 8mm processing plant in Lausanne Switzerland, led to deposit of a number of small gauge collections from amateur film makers eager to see their material preserved in our vaults. Most notable was a vast collection of film from Dr John Fleetwood, a retired geriatrician. This donation documents family life, travels throughout Europe and the USA, and public events such as the funeral of Eamon de Valera and the building of the Berlin Wall.

HAROLD DOUGLAS
A collection of 16mm home and holiday movies made by Harold Douglas, a prominent Dublin businessman and Quaker, and son of Senator James G. Douglas, shot between the early1930s and late1960s in locations as diverse as Scandinavia, the Alps, the Mediterranean, the USA and the West of Ireland. The most striking piece in his collection was shot in 1935 in an eerily calm, almost chocolate-box Germany. Filmed in the year the Reichstag passed the Nuremberg Laws (which deprived German Jews of their citizenship and most of their rights), this footage shows civic life going on as normal under municipal buildings draped with Nazi flags, and includes images of boys and girls of the Hitler Youth marching in a city street.

THE GUINNESS FILM COLLECTION
The eclectic Guinness Film Collection was recently deposited by Guinness Ireland, and encompasses historical and manufacturing documentaries, as well as advertising campaigns for Guinness products. Charming 1970s advertisements for Baby-Cham, Woodpecker Cider and Martini appear distinctly bizarre by today’s politically correct standards. Guinness and the Grand Canal explores the founding of the brewery by Arthur Guinness in 1759 and the assistance of canal transportation to his success. The Craft of the Cooper depicts the antiquated process by which old casks are hand-made by artisans like Jim Tyrell, Master Cooper. The collection’s star is the charismatic Al Byrne, who started in Guinness as a boy of fourteen and continued to work for the company until he retired as a senior manager forty years later. He appears in a number of titles in the collection, frequently offering witty insights into how to pull “The Perfect Pint”, while cautioning about the evils of a bad one.

THE BILLY CHAPMAN COLLECTION
Thirty reels shot in the 1940s and ’50s by Billy Chapman, a cinema-owner from Strokestown, Co. Roscommon. These films, shot on 16mm, offer a fascinating glimpse into the life of a rural town in the mid-twentieth century – sports days, horse and agricultural fairs, turf-cutting, tree-felling, religious processions, FCA parades, the training of the local fire brigade, and a visit by John A. Costello and James Dillon for a political rally in 1949.

THE LISTOWEL TO BALLYBUNION MONORAIL (WISDOM COLLECTION)
In 1888, the world’s first passenger-carrying monorail opened for business in Co. Kerry. Designed by a French engineer, Charles Lartigue, it ran between Listowel and Ballybunion until it was scrapped in 1924. This film documents a transport system of bold and ambitious design. Originally on nitrate, this film was transferred onto safety stock at the British Film Institute, and the newly struck print is now stored in the Irish Film Archive’s preservation vaults.

LOUIS MARCUS
Last year, Louis Marcus, one of Ireland’s most distinguished documentary filmmakers, donated prints and sound elements of many of his films, including his Academy-Award-nominated pieces, Conquest of Light (about Waterford Crystal) and Páistí ag Obair. Also in this deposit are some of his well-known films on Irish history and culture, among them Sunday After Sunday (a centenary history of the GAA) and Revival – Pearse’s Concept of Ireland, as well as many of the informational films he made for Gael Linn, Bord Fáilte and the National Road Safety Association.